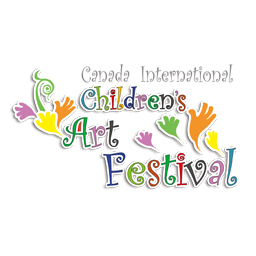 The One-On-One coaching program assists young artists with enriching perspectives relating to an area of interest, including useful information, skill sets, creative and critical thinking opportunities, and practical applications. Coaching sessions are being delivered over Zoom, you will have the opportunities to discuss with industry professionals to further develop your interests and get the support you need to realize your goals.

Azadeh Pirazimian is an Iranian_ Canadian multidisciplinary artist and art educator based in Toronto and a  former university lecturer from Iran. She holds a Bachelors in painting and a Masters in visual communication  from Iran. Azadeh has exhibited her works at numerous art galleries in Iran, Canada, and recently in Europe.  Since moving to Canada in 2015, her works have been shown at multiple art galleries in Toronto and Montreal,  She also worked as an artist assistant in several Mural projects across GTA and the whole time she was an art  educator in several art schools and organizations. Right now Azadeh is working as a full time artist on her most recent project which is a collection of drawings  and videos in down town Toronto at her studio.

Yannis is An Award-Winning Cuban artist based in Toronto. She has more than twelve years of experience as a published author and creative visual storyteller. She completed Creative Facilitation Training with Partners for Youth empowerment and Muse Arts. Lobaina creates customized creative writing workshops for all ages – either virtual or in person. In her workshops, Lobaina promotes spontaneous writing using various enjoyable activities, including word games, story dice, photos, and character games, to generate story ideas.

Ms Feng Lu obtained her bachelor degree in fine arts from a university in China. After graduation, she worked as an art designer in a company, and later as a senior lecturer and a teaching branch head in a university.  In 1992, Ms. Lu immigrated to Canada and became an independent artist and private art teacher. Many of her visual artworks have been exhibited locally and published on the Internet. During the epidemic, she has provided one-on-one online teaching, and her students achieved excellent results in the Canada International Childre's Art Festival with 2 gold, 1 silver, 2 bronze, and 3 Excellence Awards. Ms. Lu's online teaching makes it possible for the students to continue building their passion in visual arts and discovering the beauty in life, and to become mentally healthy and happy children during the epidemic when they have to stay home from going to school.

Classically trained on piano and voice from childhood, Alex Whorms is an RCM-certified music teacher, composer and performer. She has toured across Ontario and New York City, and her music has been played on television, radio, and film. She was the recipient of the 2019 Hamilton Arts Award for Emerging Artist in Music.

Johanna Janiszewski is a game designer based in Berlin. She loves to teach game development basics to both beginners and advanced learners alike through live workshops, digital sessions, and her book Unity For Dummies. She currently also works with her own game production company, Tiny Crocodile Studios.

April Xie is a designer with a focus on social design practice, civic media, and information visualization. Her work is grounded in a conviction for breaking silos and bringing more voices to the table. She is 1st generation Chinese-Canadian, West Toronto born and raised. She cares about politics, data, participation, stories of migration, civic tech, and representation in visual and digital storytelling. She likes bad puns.

She is a multidisciplinary illustrator, graphic designer, and arts educator based in Mississauga. She was trained in classical portraiture and drawing techniques in her undergraduate program while also exploring illustration and graphic art. She currently works with authors, animation studios and creative businesses to bring their artistic visions to life- from character design and storybook drawings, to business branding and creative direction. Lia has a BFA in Visual Arts and Art History from York University and an MA in Museum Studies from Leicester University.‍

Paula was born in Bogotá, Colombia, where she studied Law and Visual Arts. She worked as a lawyer for some years when she decided to move to Canada and studied Independent Illustration at Seneca College. She have been working as an illustrator for more than 8 years, working on different commissions and she has illustrated 5 books that have been published in different countries, like UK, Hong Kong, Argentina, and Canada. She has been teaching art, creativity, and yoga during the last years, sharing the tools that have helped her during her own path. She is passionate about life and stories. Everywhere she go she bring her sketchbook and pencils with her to draw what she see and to create stories with her children. She paint and write since she was a child and she love to imagine new worlds and characters. In her free time she love to share with her family and friends, walk in nature, practice Yoga and travel to new places.

Hamed Tabein, a documentary photographer, an artist and a teacher as well as exhibitions' executive director and general manager of photography festivals for past fifteen years. He is known as a humanitarian and Ethno-Photographer. His work traverses both Canadian urban topography and the diverse landscapes of Iran, India, Syria, Lebanon, Turkey, Afghanistan and .... His work has been exhibited all over the world and published in National Geographic. He had written on photography for various magazines. In 2017 he was awarded by CALQ/ Conseil des art et des lettres du Quebec for his last documentary and humanistic project, called” The Afghan Smile“. Based on his project to different countries, he always conduct a few photography workshops for especially youth generation. Since 2015 he is Director of Tirgan Photography Festival in Toronto Canada. He is a member of the Fédération Professionnelle des Journalists du Québec, the Canadian Association for Photographic Art (CAPA), and Photographers without borders.